What is Charles Bonnet Syndrome and what does it have to do with Age-related Macular Degeneration?

A pleasant elderly Irish lady visited my clinic a few months ago with a diagnosis of advanced Age-related Macular Degeneration in both eyes.

That day she came to see me with a different story, however. She wanted to tell me about her new friend. She described a small silent man dressed in green with a hat and bright orange beard and smoking a pipe. I patiently listened to her and realised that she was describing an Irish leprechaun. I pondered her tale and then the penny dropped. She was suffering from Charles Bonnet Syndrome.

I explained to her that this condition was well described in patients with advanced Age-related Macular Degeneration and that she was suffering from visual hallucinations. She was certainly not going mad.

The condition was named after Charles Bonnet. He was an 18th-century Swiss natural philosopher whose grandfather had seen people, patterns and vehicles that were not really there. Bonnet was the first person to identify that you could have visual hallucinations, and still be mentally sound.

Hallucinations tend to have common themes such as simple geometric patterns, disembodied faces with jumbled features, landscapes, groups of people, musical notes, vehicles and miniature figures in costume. They can be in black and white or colour, moving or still, but they are always silent for some reason.

The condition can affect anybody at any age with diminishing eyesight. But most people who have Charles Bonnet Syndrome (CBS) have it as a result of advanced Age-related Macular Degeneration.

It is thought that up to 60 percent of patients with severe vision loss develop CBS.

The brain isn’t receiving as many pictures as it is used to. So it builds its own artificial images instead from the areas we use every day to process faces, objects, landscapes and colours.

What you hallucinate depends on which part of the brain these increases are located.

If you have advanced Age-related Macular Degeneration or would like to know more about Charles Bonnet Syndrome, please feel free to call me on 020 7952 2826 and we can chat some more. 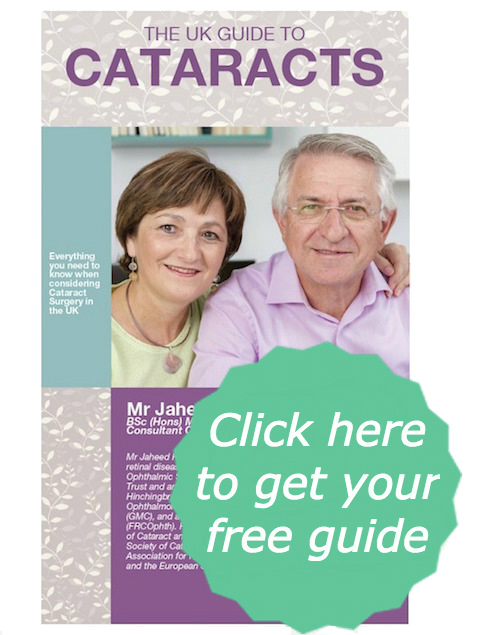